The Ascension Genesys Foundation Board of Directors welcomed the approval of three new members at it’s quarterly meeting in September.

Yaushica Aubert, President/CEO of the Valley Area Agency on Aging (VAAA), holds a Bachelor’s Degree in Social Work and Master’s Degree in Public Health Administration. She has worked in the field of aging since 1999 and has held many positions during her tenure at VAAA, first as a Social Worker Care Manager, then lead Care Manager. In 2002, she became the Director of the MI CHOICE Waiver Program until 2008 when she became the Director of Planning and Contract Management, having oversight of the agency’s Multi-Year Plan development, contract management, Senior Wellness Services and other programming. In 2016 she was promoted to Vice- President of Operations. 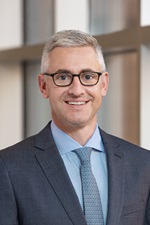 Michael Danic, DO is the Department Chairman of Anesthesiology at Ascension Genesys and began his training at Michigan State University College of Osteopathic Medicine and Henry Ford Hospital in Detroit, MI.  He is actively engaged in patient safety initiatives that include optimizing patients for surgery and multimodal pain control.  Dr. Danic is also actively involved in a number of community projects that are expanding care for Opioid Use Disorder and has organized several Opioid Takeback Projects.  Current projects are also aimed at decreasing the amount of narcotics prescribed after surgery and adding more peripheral nerve blocks for patients during surgery.  He has sat on the boards for the Michigan Society of Anesthesiology, Powers Catholic High School, the United Community Addiction Network, and the National Board of Foreign Medical Education and Accreditation.  Michael enjoys spending time with his wife and two children, as well as educating residents and students at Ascension Genesys. 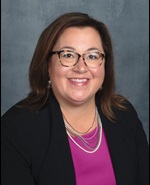 Jen Shew is the Director of Marketing at Sovita Credit Union.  Sovita exclusively provides financial products and services to those employed in the fields of education and healthcare, their families and their communities.  With over 21 years of experience in financial services and marketing at Sovita, Jen is passionate about helping people achieve their financial goals, sharing the credit union’s mission,  and finding opportunities to support education and healthcare partners in Genesee and Lapeer County.   In addition to handling the marketing and advertising efforts of the credit union, she serves on the board of directors for the Flint Classroom Support Fund, the Genesee County Free Medical Clinic and the Lake Fenton Education Foundation.


As a life-long resident of Genesee County, she graduated from Mt. Morris High School, earned her BA degree in Communications from the University of Michigan – Flint and resides locally with her husband, son and rescue dog.  She loves to cook, travel, spend time with family and enjoy the seasons Michigan has to offer.


Jen is honored to work with the Ascension Genesys Foundation Board and Staff and is looking forward to supporting their efforts.


The Board also recognized and thanked retiring board member Andy Kruse, Ascension Regional Director for Community Benefit, for his years of dedicated service to the Foundation and Ascension Genesys Hospital.